I’m going to take part in T-SQL Tuesday this month. Why? Well, because I’m now starting to venture into speaking on beginner topics and lessons learned as I perfect my technical chops and learn new skills. This month, the subject is on new speakers, and the veterans who have advice for those of us starting out. 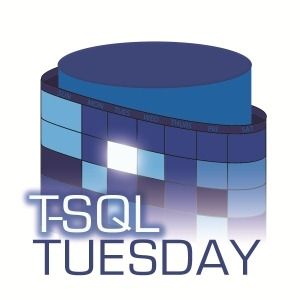 Funny thing is…I’m already going to make my speaking debut on November 15, giving the microsession at our Raleigh-Durham PASS User Group. I’ll be discussing the TRY conversion functions (TRY_CAST, TRY_CONVERT, TRY_PARSE) over a 10-15 time frame. The talk was inspired by a case at my job involving error reporting, and some manually entered date values that led to exceptions in the original procedures. For this talk, I’ll be using some basic examples to explain each one. How CAST and CONVERT throw exceptions, while TRY_CAST and TRY_CONVERT avoid it with NULL instead. How PARSE is something most people don’t touch for good reason. It should be interesting to start out, and I’ve received some good advice from a few professionals before I rehearse. It does help that I’ll be working on rehearsal with partners as well for critiques.

Talk #2 is a longer talk – a Saturday submission

This March is SQL Saturday Raleigh, and it’s not a secret to some of the members that I’m strongly considering throwing my hat in the ring for a slot this year. I’ve been considering two topics to begin. One is about merging Python and T-SQL together. Of course, I’m picking up R and the Revolution Analytics acquisition has led to SQL and R beginning a beautiful relationship. However, Python is still a popular enough language that for the longest time I struggled to consolidate with SQL. I want to investigate this further to see if this is possible as a data tool.

Another topic that has gotten some traction is about moving from analyst to developer. I started my career as an analyst, then became a Database & BI Developer, and now I’m in a bit of a hybrid role. My view is that there are plenty of analysts who queried all the time, like myself, who might want to work more in the development space. Maybe from there someone will want to be a DBA, or a data scientist (CHEERS). So I’m looking into the high level tools if an analyst goes from having read permissions to having write & execute as well, and might have to use Reporting & Integration Services more often. It’s experience that I have been through, and now I think I can touch on this experience again in my current full-time role.

How does this get moving?

It is partially spectrum-related, but I am unsure where to start and how to approach someone for advice directly. A general blog post with references sounds like a perfect place to begin, and I’d like to see where I can go, and how some veterans learned their speaking skills. I’m nervous of talking about a subject that I don’t know much on, as I’ve had those over-my-head moments in front of fellow professionals. Now I have to ask myself, and others, how to target the audience and let everyone know that I’m impersonating an expert. Then there’s the matter of adjusting presentations and turning feedback into something constructive for another technical topic (or even the same one, refined for a different crowd).

I read Steve Jones’ post for this month as I was writing, and it made me think of one of my esteemed colleagues (yet another Steve who is part of PASS, affectionately known as SQL Steve in our company’s department) who did a series of weekly tips and tricks for our team, which included some practical examples we could use internally. It reflected the way of getting started with a small group. The other aspect that stuck out to me from the post was this:

[Your first technical speaking opportunity] can be hard as you need to be open to debate, accept you might get some things wrong, and that you might learn something. There is stress in trying to come across as an expert but I’d rather you try to teach something, with the idea that this is your understanding of a topic, but you are open to admitting you might be wrong if someone else knows more.

I don’t consider myself an expert at all. Intermediate in some areas, beginner in a few others, and court jester in the last one or two. It seems that a key for my microsession will be that experts in the house will have critiques, but it does not mean that they believe I’m ignorant here. I’ll have to keep my skin tough and stay aware that there will always be learning. The interaction and discussion will allow everyone to learn and explain how they came to their conclusions.

I’m excited about reading some of the other posts that are in the very long comment section, and what advice can be gleaned. Let me know that I can reach out to you (as Andy did on his host post), and I’ll do just that.

One thought on “T-SQL Tuesday #84: Becoming a Speaker”